Community Archive – Where Past Meets Present

Take a walk down memory lane with Eastbrook Homes! Throughout Eastbrook’s 55+ years of community development, there have been a number of stories and neighborhoods that deserve to be highlighted. Though we no longer build in these communities, the dream and vision that Eastbrook had for each one, came to fruition, resulting in vibrant neighborhoods, fully grown tree-lines, long-lasting community amenities, and of course, beautiful homes.

Lake Bella Vista, in Rockford, MI, was begun by a different developer in the early 1970’s. Originally, the developer purchased the northern portion of the lake to turn it into a golf course; when that didn’t pan out, Eastbrook came in and bought 40% of the land, turning it into an executive, lakeside community. What made this community unique is that all home sites featured either lake access of lake frontage.

The community showed Eastbrook the need for housing in that area, so Eastbrook began the development of Cannon Farms, which attached to Lake Bella Vista. Today, the two communities feature water-centric living at varying price points. The lake offers residents a recreational atmosphere of fishing, boating, skiing, swimming, and more.

Eastbrook’s current community of Town Square is located within a few miles of the Lake Bella Vista and Cannon Farms, a testament to Eastbrook’s long-lasting presence in the area.

Bailey’s Grove, located in Kentwood, MI, is Eastbrook Homes’ flagship community. The first master-planned community in West Michigan, Bailey’s Grove is more than just a development: it is a self-sustaining village, with condominiums, Single Family homes, a clubhouse & pool, and a community park. Adjacent to the community is an elementary school, a daycare center, a medical center, a retail center, and more!

The vision for this type of master-planned community was inspired by Eastbrook’s CEO & President, Mick McGraw: “We wanted to create villages within a larger town based on different price points and home types. This created a multi-generational community where entire families, from grandparents to grandkids, could find a home that best fit their needs.” Mick tells a story of two brothers who wanted to live in the same community but who had very different budgets. “Because we had home options at varying price-points, the brothers were able to find homes near each other,” said McGraw.

At its inception, Bailey’s Grove was already slated for excellence. McGraw reflected on this: “We bought the land in 1993, and immediately brought in Land Planner, David Jensen, to identify the negatives, neutrals, and positives in this property. From there, we created a plan to neutralize the negatives and accentuate the positives.”

One way that Eastbrook accentuated the property from the get-go was through the planting of mature trees, as well as the conserving of trees that already existed on the site. So many trees were planted and saved, in fact, that Eastbrook won the 2003 Awards of Excellence in the Building With Trees sponsored by the National Arbor Day Foundation.

Bailey’s Grove became a template for community development and set the tone in West Michigan and beyond for what a thoughtfully designed community looks like. “We really learned to start with the end in mind,” said Mick McGraw, “You need to think about what it’s going to evolve into and how families will feel driving through that entrance, years down the road.”

Clements Mill began from humble beginnings. “It was an old gravel pit,” Eastbrook’s CEO & President, Mick McGraw, stated. The gravel pit was such an eyesore that Eastbrook initially didn’t want to take on the property. McGraw reflected on coming back to the property after a year had passed: “They had cleaned up the land, clearing away enough debris and trees that I could see the potential underneath it all.” Finally, Eastbrook Homes made the decision to buy the land, due to its potential and its prime location in the Forest Hills school district.

The challenges surrounding Clements Mills didn’t end with the purchase of the land. McGraw had to convince local neighbors, the Ada Planning Commission, and Ada Township, that this community would benefit the area. “I went around to the homes that surrounded Clements Mills and introduced myself as their new neighbor. I gave them my card and told them to call me with any questions or concerns,” McGraw said. The concerns, it turned out, were plentiful. Finally, after some legal hurdles, McGraw was able to move forward with the design and development of Clements Mills.

Today, Clements Mill is made up of condominiums, Single Family homes, and townhomes, offering people a variety of home types and price-points. Idyllic ponds and parks dot the landscape, and a mature tree line lends shade and stature to the gently curving streets.

Seeing how many homes were built to accommodate the rapid growth in Ada, Mick McGraw knows that fighting for the community was the right thing to do: “Though there were challenges in getting Clements Mill off the ground, I was there to represent all the future families that would need homes to live in.”

Fun Fact: When they were first surveying Clements Mill, Mick McGraw donned snorkeling gear and flippers and dove into the various ponds to see how deep they were. “There wasn’t any equipment at that time to measure the depths, and I needed to know!” McGraw said.

Ada Moorings, a quaint community next to the beloved Ada Park, added a different element to Eastbrook’s repertoire at the time. “This community really elevated our status as a home builder in West Michigan,” said Mick McGraw, CEO & President of Eastbrook Homes.

When McGraw first visited the property now known as Ada Moorings, he realized that the proximity to the Grand River (and a sliver of Thornapple) would require a unique community design to avoid the flood plain. He took on the challenge, designating phases for condominiums, Single Family homes, and a brand-new home type, the Villas (detached condominiums). Because of its location within the Forest Hills School District, Ada Moorings quickly gained traction.

If you’re in the area, we invite you to walk the Grand River Nature Trail, which hugs the banks of the river and winds through the wooded Michal McGraw Park. The trail ends at the Forest Hills Boat House, which hosts Rowing Teams from all three Forest Hills Schools. This Boat House has helped cultivate the rapid growth of Ada’s Rowing teams, making it on of the most popular co-ed sports at the three schools.

Windflower Bay has always been a water-centric community. In fact, before it was Windflower Bay, the property was a waterpark called Pleasure Island. Mick McGraw said, “We even hosted a company summer picnic at the waterpark one year!” After the waterpark closed down, it became available to developers and builders.

Located on Black Lake in Muskegon, MI, the property had clear potential, leading Eastbrook to purchase the land. One evening, McGraw remembers walking around the site and seeing the old waterslides looming above. “I thought to myself: you can have a dream, but you need to manage that dream.” Eastbrook Homes certainly managed their dream for Windflower Bay, transforming a broken-down theme park into a thriving neighborhood. With over 300 home sites, diverse property types that include condominiums, Single Family homes, townhomes, a marina, ponds, and more, this community has it all.

After the development of this community, Eastbrook Homes became known across Michigan as the developer and builder that rescued defunct communities or properties. This reputation rings true to this day.

Stoneshire was Eastbrook’s first executive-style community, which featured a brand-new array of home plans (including the Rutherford, a home plan that is still built today!) that fit a luxury lifestyle. Located in Ada, the community features walkability to Forest Hills Central, serene ponds, and curved streets that lead to quiet cul-de-sacs.

Mick McGraw originally purchased this property with another developer and builder, who built Manchester Hills. The two communities share a common green space and offer different price points and options. Eastbrook began to develop Stoneshire during the Great Recession, resulting in a slower start to the community. But the perseverance and vision paid off; today, Stoneshire is well-known in Ada as an executive community, with timeless exterior elevations.

Mick McGraw reflects on the project: “After Stoneshire, I started hearing from custom home builders that they would refer people to us when they were too busy. They would tell me that they didn’t know how we built 400 personalized homes a year while maintaining our quality.” If you drive through Stoneshire today, you’ll experience this style and quality firsthand! 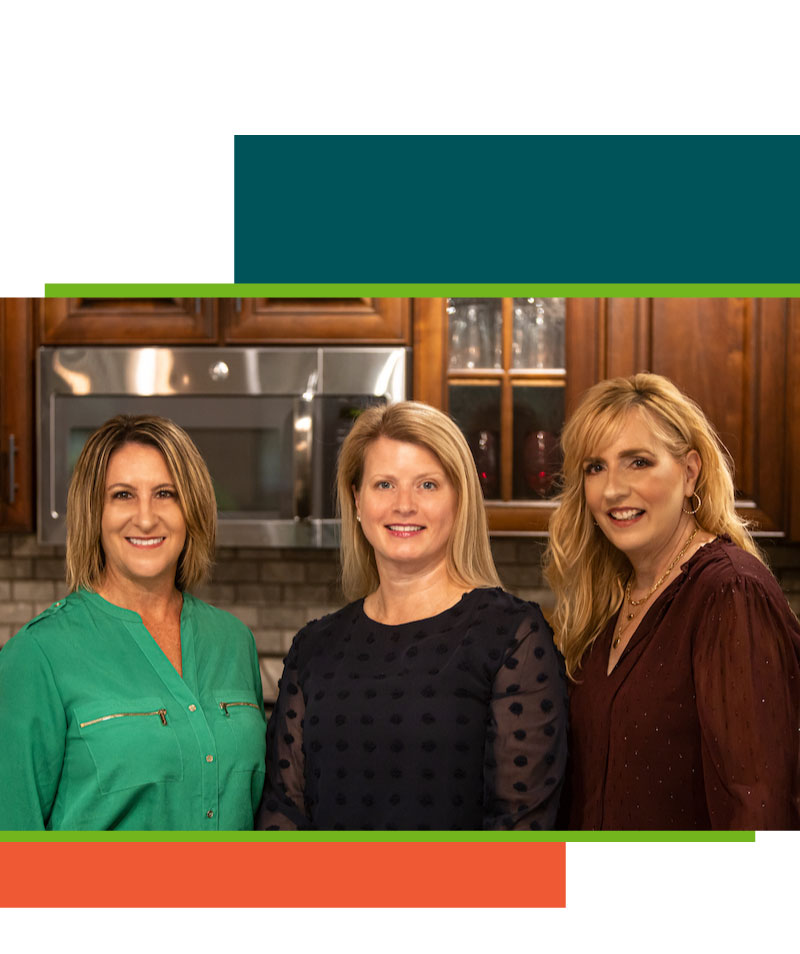